When was the last time you bought a newspaper? Can’t remember? That’s fair enough, what with a world of information at our fingertips on a number of different platforms, it seems that the daily trudge down to the local convenience store, or the quick stop before the train, has become an archaic way of digesting world news. Newspapers have been pushed to the forefront of the digital war where it’s adapt or die for traditional media.

Take a look at other forms of media and you can see why this fight is so important. The music industry came coughing and spluttering into the digital age when it was given a damning blow to the nads in the form of Napster and has never really gotten its breath back. The film industry holds its head aloft in indignation, ignoring the fact that the majority of new releases can be seen online in mid to low quality on a number of websites. The publishing industry had the foresight to raise its defences, strengthen its position and come together in the fight against a common enemy. They’ve adopted Amazon’s Kindle device like an unruly cousin being invited to a family Christmas. No one wanted to invite him, he makes a bit of a mess and a lot of noise but he’s here now so they might as well put up with him.

But how will papers fare?

In terms of sales, it doesn’t look too good. National newspaper sales have been on the slide for over a decade now, and this slump in sales doesn’t show any signs of shifting. These figures are not helped by all the trouble that the world of tabloid journalism has managed to embroil itself in over the past year. The full effects of the Leveson enquiry have yet to be felt.

The Daily Mail, The Guardian, The Telegraph, The Sun, The Independent and The Times all reported decreases in headline circulation which includes subscriptions, overseas distribution and bulk sales from the UK. Whilst in the same period The Mail, Telegraph, The Guardian and The Sun all saw increased traffic to their online versions.

The only positive on this graph is that of The i, a plucky little paper from the broadsheet masterminds at The Independent. The i has been the only mainstream paper in the UK to consistently grow year on year since its first publication in 2012. Advertising itself as a compact newspaper rather than a broadsheet or a tabloid, it boasts all the hard-core journalism you’d expect to find in a normal broadsheet in a condensed format, allowing readers to get all the real news, quickly, easily and cheaply at 20p a paper.

Papers will learn to adapt

It’s not hard to see why newspaper sales have taken a downward turn. Google the word ‘news’ and you’ll come up with over ten billion results in 0.36 seconds. Papers can’t compete, so they have chosen to adapt. Almost all national UK newspapers are now running their papers alongside websites. This has presented a number of unique problems for newspaper editors around the world to deal with – how can we digitilise without giving our content away for free and how can we monetise without losing readership?

Currently, The Times is the only mainstream paper to operate with a full paywall, offering only the first couple of paragraphs as a tease and then requiring a subscription in order to get the full article. However, that is set to change as the UK’s biggest newspaper, The Sun, along with the Daily Telegraph follow suit. Online, The Sun has around 30 million users every month, ten times more than its daily print circulation. News International Chief Executive, Mike Darcey called The Sun’s current position of giving content away for free on a daily basis, “untenable”.

This is not the death of newspapers, not by a longshot. But it does show a turning of the tide for one of Britain’s biggest industries. Journalists will now have to up their game, adapt their workings and ply their trade at SEO content rather than the traditional offline format. There is an open market across the internet now and web users are looking for news of all different types, from a number of different sources. Whether it’s the latest fashion coming straight off the runway, updates on a political upheaval on the other side of the world or the latest football scores from their local team.

The way we read and pay for the latest news from across the world is changing. Whether we pay to use an authority source such as the Daily Times online or at the till, or use a free online source of which there are now millions with a wide ranging scale of authority. The way the newspaper and publishing world deals with this digitalisation will surely define the industry for years to come.

Over a series of blogs I’ll be taking a closer look at the way the newspaper and publishing industry is reacting to the digital revolution. At how newspapers and magazines have come to deal with digitilisation and the effects the internet has had on the way we read and digest news from around the world.

If you’d like to find out more about the way the internet is changing the way we read, write and digest information, why not check out my other blog on how to conquer the quality content market? Keep up to date with all the latest digital marketing news from us here at ThoughtShift by checking my page or signing up to our monthly newsletter . 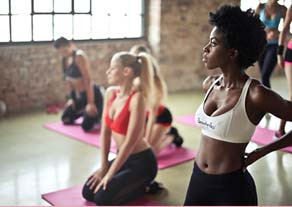 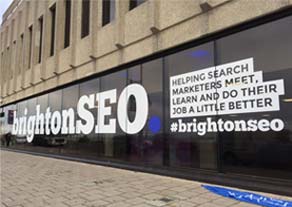