Noticed Your Organic Facebook Reach is Dipping? So Has Eat24

With a history in managing numerous branded Facebook accounts, organic and paid reach is something I have closely measured. In recent months, pages have been complaining after seeing their organic reach fall short. Not only is organic reach diminishing, Facebook is forever urging you to purchase ads and promote posts. One company in particular who has had enough is Eat24. The food delivery website based in the United States wrote a breakup letter to Facebook on their blog, explaining their frustration and reason for leaving the platform.

Hey. It’s Eat24. Look, we need to talk. This isn’t easy to say since we’ve been together so long, but we need to break up. We’d love to say “It’s not you, it’s us” but it’s totally you. Not to be rude, but you aren’t the smart, funny social network we fell in love with several years back. You’ve changed. A lot.

When we first met, you made us feel special. We’d tell you a super funny joke about Sriracha and you’d tell all our friends and then everyone would laugh together. But now? Now you want us to give you money if we want to talk to our friends. Now when we show you a photo of a taco wrapped with bacon, you’re all like “PROMOTE THIS POST! GET MORE FRIENDS!” instead of just liking us for who we are. That’s hella messed up.”

(This letter continues on the Eat24 blog).

When company pages first came around in 2007, it was a nice addition for a business to have. It gave brands and celebrities a social presence, however interaction and advertising was limited. In 2009, “Become a Fan” (now a like) was introduced and it caused a shift in how companies viewed social media. When a user became a fan of a page all their friends would see, meaning an immediate positive recommendation. Facebook made curtail updates to sharing capabilities, statuses became more visible and walls and news feeds housed more information; 2009 was when Facebook pages really began to flourish.

In 2011, Facebook launched a “Revamped Insights Tool for Business Pages”. Finally we could see the exact metrics of our Facebook efforts. Viewing page performance and tracking the engagement on each post gave businesses the ability to learn from their audience. Marketers around the world thought ‘amazing!’ We can reach consumers, engage and learn about them on an established platform with millions of users; all entirely free! With all that said, Facebook has been kind to marketers. It’s given us a huge opportunity to promote brands, engage with consumers and increase revenue.

Today however, news feeds are surrounded by adverts. Unfortunately, mine is consumed with ‘losing unwanted belly fat’ adverts. If you’re managing a page you will also notice a constant ‘Promote Page’ button in your admin panel and a ‘Boost Post’ option on every post. The constant advertisements on Facebook can be tiresome for both consumers and marketers yet the platform is urging for more and more.

In December 2013 Facebook announced a new change to its news feed algorithm. The update was one of many recent changes to upset businesses. This specific update stated the platform would be weeding out meme photos hosted somewhere other than Facebook. The platform has come to the conclusion that users would rather view posts from friends than status updates from businesses.

Facebook’s Director of Communications, Brandon McCormack responded to the breakup letter from Eat24. In his response he explained;

This explains why organic reach is decreasing. Business posts no long get equally distributed to all fans, Facebook is taking control over what posts are being shown. The question that first springs to mind – Is this all just a ploy to get more pages paying to promote posts? Is it because Facebook wants more money? Eat24 have a good argument stating, people chose to like their fan page for a reason, of course they want to see their posts. Whether their photos are meaningful or senseless memes, they put time and effort into creating content they think will entertain their fans.

Others have argued in support of Facebook, stating the decline in organic reach is not the platforms fault. The platform has more users than ever and brands are competing for a limited quantity of news feed space. Facebook is free for people who want to connect with friends and share photos. It is financially free for a business who wants a page as a place to market to a section of their fans. It is not always financially free if you want to use the platform to grow your brand or deliver a message to more of your fans than Facebook’s free organic reach.

Facebook is a powerful giant! The platform is still, by far, the most actively used social site around the world. It may seem as though it has passed its peak of popularity, but the site has almost three times the amount of active users than Twitter. Facebook may be decreasing organic reach and it may seem as though they have lost sight of their original mission, but things have changed. The platform has evolved from a college community to a place for brands to grow and reach new audiences. Facebook wants to capitalise on all the free advertising we are getting by making us pay for it. They are a business and they want to increase their profits like any company does, why should we have access to such a large audience for free?

Moving forward, brands should be working with Facebook, accepting the changes and making it work for them. Businesses have spent a lot of time and money building their pages, it would be a shame to throw it all away. Eat24 had more than 70,000 likes on their Facebook, the highest demographic was 25-34 year olds and the page had a high comment response rate. There are countless brands that would love to have access to an audience like that. Yet, Eat24 have shut down their presence on the platform which had their highest proportion of social fans. As much as many businesses may want to slam the door on Facebook right now, it isn’t a rational move.

Facebook say they want to fill news feeds with more relevant and interesting content. If this is the way they want to move forward then we must roll with the changes. Aim to post more quality content and steer clear of links to low authority sites.

If you haven’t already, I’d recommend experimenting with some Facebook ads. Other than putting money in the pockets of the giants, it does help you reach an audience you may not reach organically. Having set up many adverts on the platform; their pricing is quite reasonable. In comparison to Twitter, your advert does go further, reaches a wider audience and gets you more fans. So don’t always give Facebook such a hard time, you may need the platform for a long time yet.

Follow my contributions to the blog to find out more about social media, or sign up to the ThoughtShift Guest List, our monthly email, to keep up-to-date on all our blog posts, guides and events.

About the author: Becca 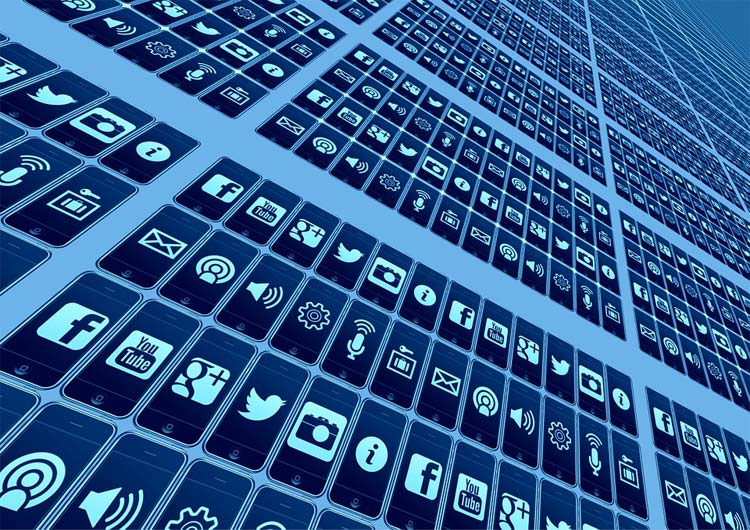