Clients often ask me how their online revenue performance compares to industry growth and competitor eCommerce sites. Sound familiar? I’m sure many of you have asked (or been asked) the same question.

Comparing online revenue performance is difficult because there are so many variables at play and unless you have analytical access to a variety of websites eCommerce reporting/statistics, it can be difficult to answer this question. Often it comes from one of two places:

1. We want reassurance – when we experience a decline in performance, we like to feel a sense of camaraderie with our competitors; ‘is this happening to you?’ (hoping the answer is ‘yes’) which usually satisfies us, indicating the decline is seasonal or there’s external factors at play. However, repetitive declines often lead to cost-cutting (understandably) and I often see Marketing is the first expense to be lobbed (sigh!).

2. We’re competitive and self-critical – we’ve seen an increase in online sales and we want to understand if the percentage increase is good enough! Not only that… we usually want to prove what drove this positive performance (I’m not knocking that… we don’t want to get complacent just because things are good right now). The questions I find which follow are: How do we compare? How do we know it’s not just a natural rate of inflation? And then again, the marketing comes into question… usually to justify if it contributed in any way to the growth seen (big sigh!).

So, I thought I would do a little comparing of our ThoughtShift eCommerce clients within the retail industry, to 2017 performance reported in the UK thus far instigated from wanting a little ‘reassurance’ (for myself and my clients) plus, because I’m a marketer… I’m immensely self-critical.

It’s reported that the UK is the second highest online purchasing country in Europe, so it wasn’t surprising to read that 87% of consumers in the UK had made at least one online purchase last year. With online sales reported to have increased by 21.3% in 2016 year on year and 2017 set to see highs of a 30% increase, the talks of what impact leaving the EU would have on both suppliers and consumers has placed some doubt across the consumer behaviour we’re likely to witness over the next year or so. Regardless of whether you have bricks and mortar stores in addition to eCommerce, the world of digital online shopping is no longer a luxury to have but a necessity especially with 70% of millennials reported to think they can gain better access to information online vs. in store. I’ve been keeping an eye on reports of UK’s eCommerce sales performance this year to date:

With Q1 seeing an avg. annual growth of 18.6% and Q2 reporting a smaller avg. growth of 12.3%, I wanted to look at how our eCommerce clients were fending in comparison.

Okay… so given that the above doesn’t report on online revenue by traffic source it would be unfair of me to only analyse search performance.

I therefore collated All Site revenue performance per quarter (starting to report into Q3) and was very pleased with the results (if I do say so myself):

Not too shabby in comparison to the UK online sales average.

Now, making an exception for the fact I haven’t broken this down by industry (for client confidentiality) which audience do you currently fall into? One who feels reassured or one who is now criticising their online performance?

Whichever category you fall into, I’d like to demonstrate why cutting off your digital marketing channels (particularly search) may not be the best approach to take:

Search channels have accounted for on avg. 63% of All Site eCommerce revenue in 2017 to date across ThoughtShift clients. More than half, which without good search visibility, wouldn’t have been achieved and is a rather large chunk of revenue to cut off.

Another question I’m often asked is ‘what’s a good conversion rate for eCommerce?’ but I’ll let Helen catch you up on that. Hopefully looking at the UK’s sales performance is making you feel more comfortable with your own online sales performance. If not… maybe it’s worthwhile investing more in digital channels?

*Data exported from UK eCommerce clients only within retail.

For more eCommerce and online shopping statistics, join the ThoughtShift Guest List and get the latest blogs delivered to your inbox each month or ask us for a free eCommerce marketing analysis of your website.

About the author: Christina Smith

Christina has worked in eCommerce since 2005 and Digital Marketing since 2011, she has an expansive knowledge and expertise in integrating multi-channel campaigns to increase lead generation and revenue and has done so for clients such as Calumet Photographic, Roomservice by CORT and WOLF. 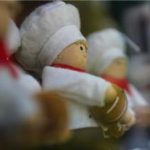 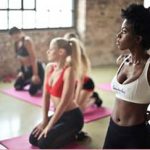